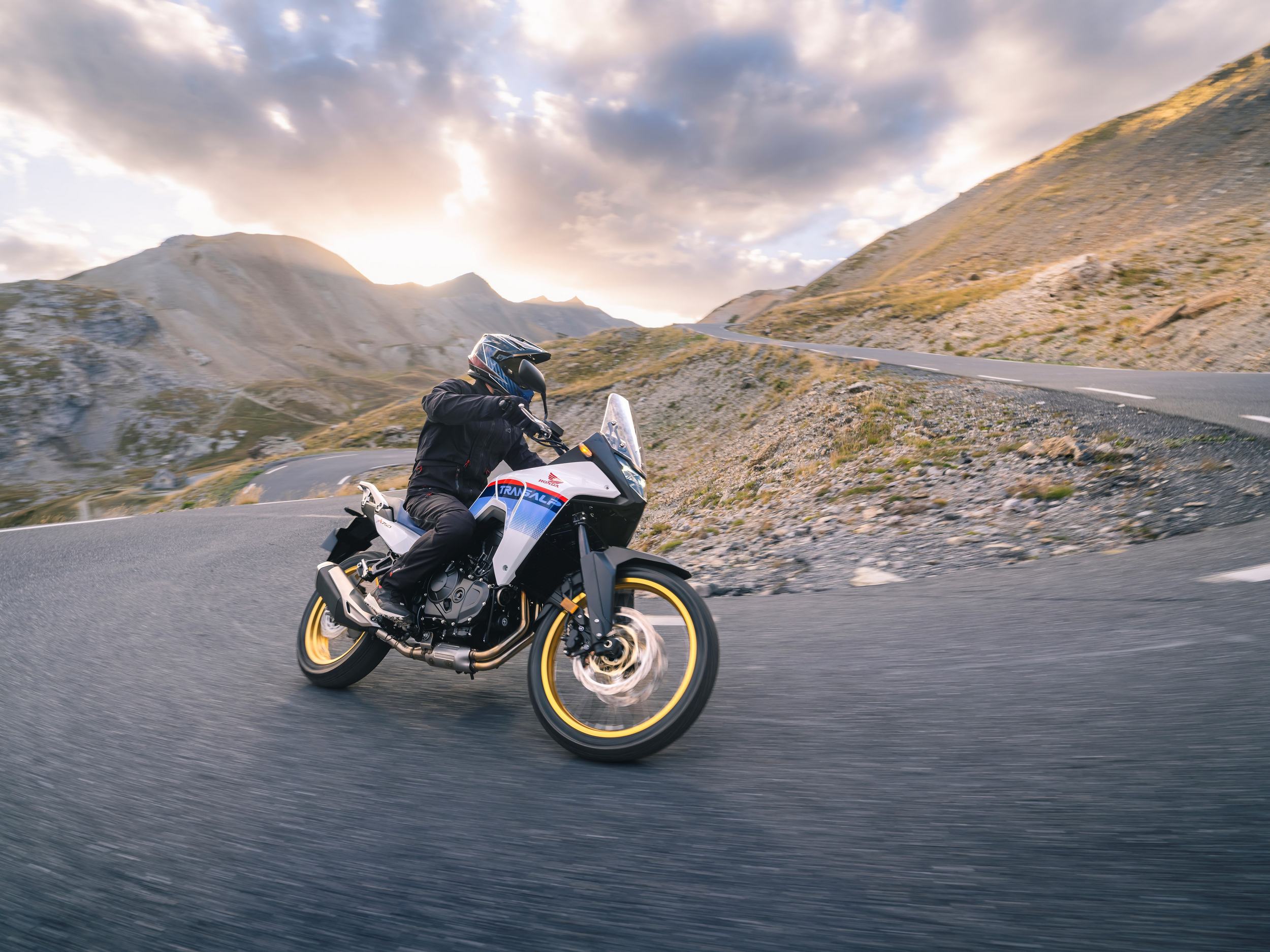 The iconic Transalp nameplate is back! This time it comes in the form of a midsize 755cc adventure motorcycle, which Honda plans to bring to market in 2023.

Honda is bringing back a legend. The Honda Transalp returns for 2023, reviving the ultra-cool name and putting it on a model that gets retro styling. Also new is the 755cc parallel-twin engine.

The Honda Transalp XL600V was first launched in 1986, though it didn’t show up stateside until 1989. It was Honda’s midsize adventure bike at the time, slowly growing to 680cc by 2008 and picking up a few pounds along the way.

The model was unceremoniously dropped from Honda’s lineup in 2012. After an 11-year hiatus, it returns for the 2023 model year.

Adventure bikes are hot right now. Rumors had been floating around that Honda would take the opportunity to bring the Transalp back.

These rumors got a lot more fuel when Honda revealed the replacement for its classic, the much heavier Africa Twin. Was Honda really working on a smaller adventure bike? Something less road-focused than its current offerings that could slot between the CB500X and the CRF1100L Africa Twin?

Yes. And here it is, ready for some off-pavement action.

Masatoshi Sato, Transalp large project leader, had this to say:

With our new Transalp, we looked hard at what made the first model so good and wanted to strike the right balance between urban agility, long-distance, on-road touring comfort, and off-road ability. In arriving where we are, we have considered all these aspects in a “360-degree” way and created a bike that gives riders of all experience levels a fresh new option in the Honda range. The look revives the classic Transalp presence in a modern key, the new engine is incredibly strong and versatile, and the bike has an appealingly long and rich specification list. Around town or around the world — our Transalp is ready!

The 2023 Honda Transalp uses the manufacturer’s fresh 750cc parallel twin. The engine is shared with the CB750 Hornet and makes 90.5 horsepower at 9,500 rpm and 55.2 pound-feet of torque at 7,250 rpm. Honda says it has tuned the throttle-by-wire system to give the engine a more touring-oriented character.

Thanks to the throttle-by-wire system, the Transalp has driver aids like integrated wheelie control, selectable torque control, and four preset ride modes for different terrains. There is a rider-customizable fifth mode as well.

Honda says the steel diamond frame weighs just 40.3 pounds — 10% less than the CB500X. The savings comes from cutting the number of reinforcement parts and by using thinner main and down tubes. Increased R&D from Honda makes the changes possible while keeping the platform strong.

The suspension was picked with comfort in mind. Honda used Showa 43mm forks up front with 8 inches of suspension travel. They’re mounted with a forged aluminum bottom yoke — cast for the top — to add strength and rigidity.

At the back, the remote reservoir Showa shock has 7.5 inches of travel and uses the same swingarm casting as the Africa Twin. Total ground clearance is 8.27 inches.

Riders get a premium 5-inch color screen with high visibility for daytime riding. The display has three different analog rev counters and a digital choice. Fuel consumption and engine parameters are also on the screen. The interface gets Honda’s Smartphone Voice Control System that lets Android users manage calls, music, and navigation through a helmet mic.

Honda Europe announced the return of the 2023 Transalp at the motorcycle industry show EICMA in Milan, Italy. Sadly, it didn’t reveal pricing or availability for the midsize ADV motorcycle, or even when we might see the Transalp on North American soil.

We’d wager it won’t be too long before this ADV moto makes it to our shores, however, and we’ll be sure to keep you updated.