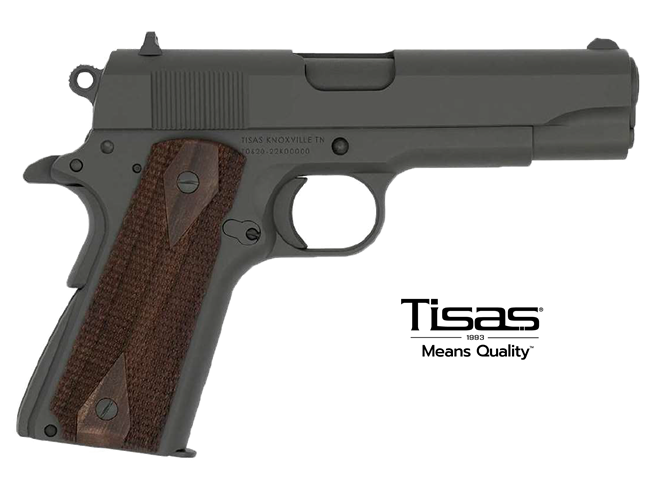 When it comes to American handguns, few designs are as popular or as long-lived as the 1911 pistol design. One of the most popular variants of the pistol to come out over the years is the “Commander” style which was built at the request of tank crews for a 9mm pistol that was more compact than their standard G.I. style 1911 pistols at the time. Tisas USA has just announced the introduction of their own Tank Commander model 1911 pistol which is available now through Tisas’ distributors and dealers. 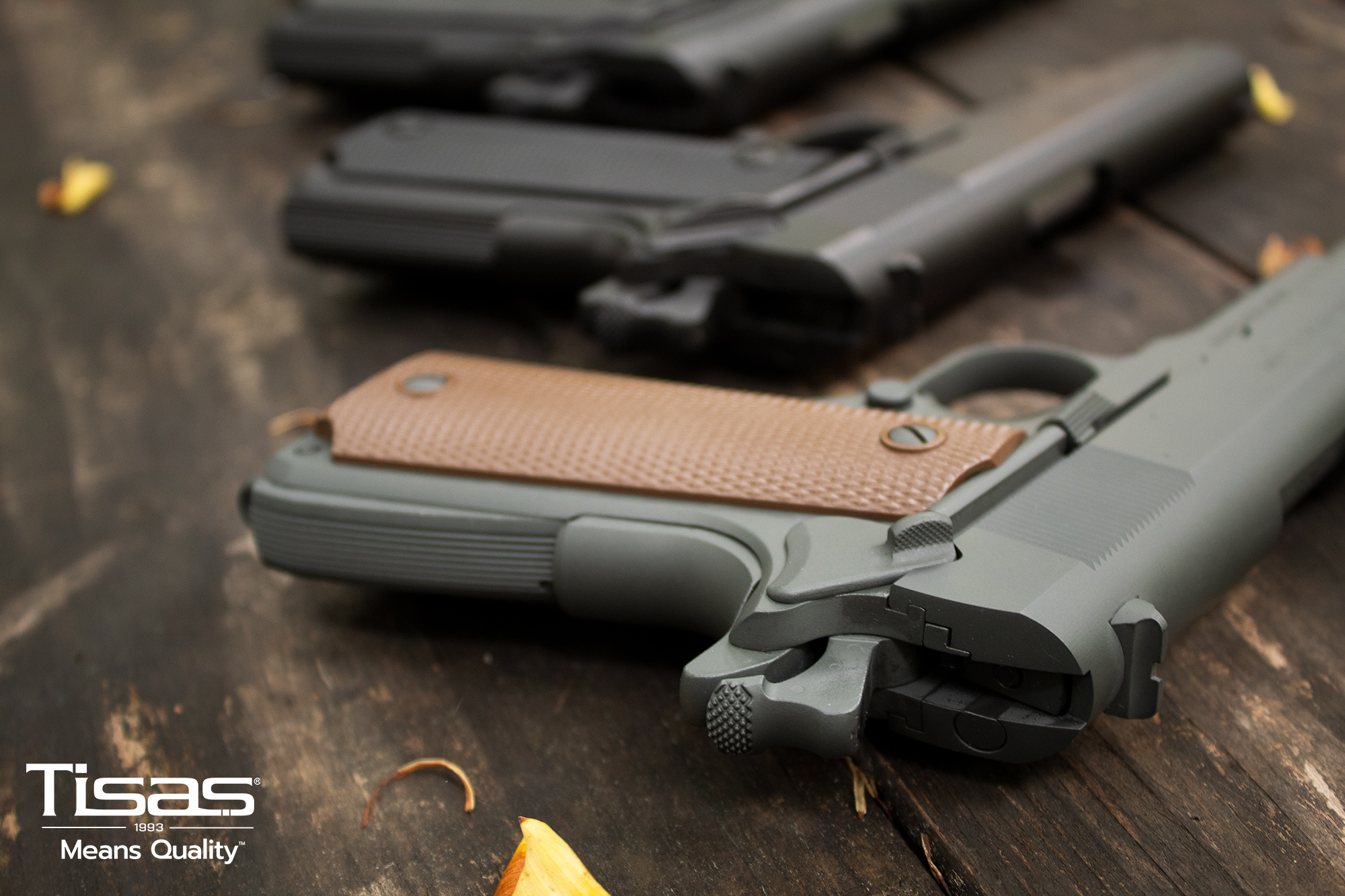 The Tank Commander follows the same design language as the 1911 “Commander” model pistols in that it features a shorter 4.25″ barrel, and is also available in the 9mm cartridge. What’s interesting about this particular model is that it is also available in a Cerakote finish which is somewhat odd for 1911 pistols which usually feature a nitride, stainless, or blued finish as opposed to a paint-based one. At the time of writing, the Tisas 1911 A1 Tank Commander pistol is being sold through Tisas’ dealers and distributors for an MSRP of $429.95. The pistol will come with two 7-round magazines, Series 70 1911 internals, a cleaning kit, and a waterproof lockable hard case with a fitted cut foam insert. For more information about ordering you can visit http://tisasusa.com/. Let us know if you’ve had experience with Commander/Tanker sized 1911s and if you like them or still prefer the full-sized G.I. style 1911 pistols down in the comments.

Built using the forged frame and slide their pistols are known for, the Tank Commander is a perfect blend of nostalgic military aesthetics with some subtle modern enhancements that will satisfy both service pistol fans and concealed carry enthusiasts.

Curious about 1911 Commanders? Check out TFBTV’s review of the Taurus 1911 Commander which is similar in size and design to the Tisas 1911 Tank Commander.

Luke is currently a full-time writer for TheFirearmBlog.com, OvertDefense.com, AllOutdoor.com, and of course, OutdoorHub.com. Luke is a competitive shooter, firearms enthusiast, reloader, outdoorsman, and generally takes an interest in anything that has to do with the great outdoors.
Luke is also a private certified pilot and is currently pursuing his commercial pilot’s license in the hopes of becoming a professional pilot. Some of Luke’s other interests include anything to do with aviation, aerospace and military technology, and American Conservancy efforts.
Instagram: @ballisticaviation
YouTube: https://www.youtube.com/c/BallisticAviation
thefirearmblog.com/blog/author/luke-c/
overtdefense.com/author/luke-c/
alloutdoor.com/author/lukec/

Cooking on a Log: Bushcraft Feast in Minutes
Bushcraft Shelter With Fire Place inside (Part 1)
Pizza Over the Fire and Bushcrafting – Alone in the Mountains
One pot camping meals?
Panoramas And Vertoramas Assignment Winner Max Foster