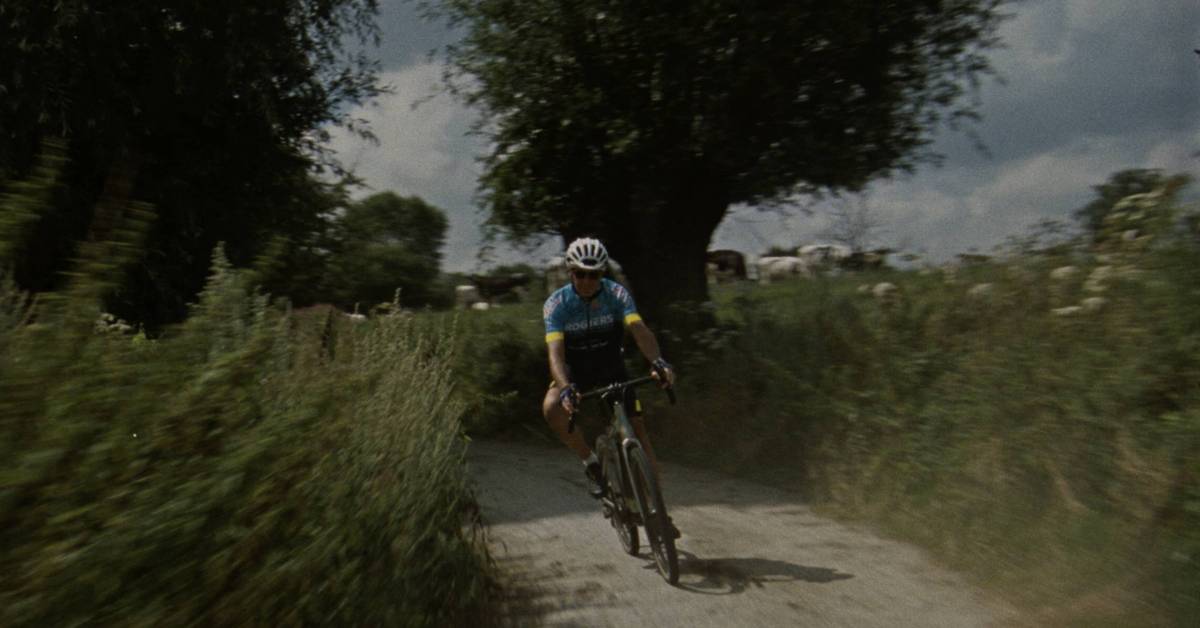 Belgian cyclist Clark Aerbeydt, 75, was first inspired to ride by his father. Now, an e-bike assists his ailing knees so he can ‘just enjoy the ride.’ And his friends in the hand-bike community benefit too.

As the Socratic saying goes, “Sound mind, sound body.” In this short by Kona Bicycles, cyclist Clark Aerbeydt is quieting his inner demons — whether that’s racing thoughts, distractions, or stress — by biking.

Kona teased, “Clark has spent his life on two wheels. He’s raced motorcycles, road bikes, and he’s raced his mind into dark places. Like many of us, Clark uses the bike to recenter and find his own personal freedom. Throughout his life, he’s turned to the solace found on two wheels.”

E-Bikes Turned Me Into a Bike Snob, and I Hate It

I reluctantly test rode Cannondale’s latest e-bike, the Adventure Neo. Despite my best efforts, I couldn’t hate it. And that’s when I realized: I’d become a bike snob. Read more…

Aerbeydt said, “My choice for an electric gravel bike is very simple: knee problems, a bit harder to ride upwind, and also finding it hard to keep up with my partner. This actually was the best decision I ever made. Now, I’m just enjoying the ride instead of suffering.”

Like its CR/DL sibling, the Libre EL runs a gravel-specific drivetrain and brakes. It’s also got a Shimano motor and internal battery, Formula hubs, stainless steel spokes, and comes in both (1) gravel/urban and (2) MTB/all-mountain configurations. Check out the 2022 Kona Libre EL e-bike here.

The fresh new ride aside, this film is a good watch. It’s eerie, inspiring. Aerbeydt is passionate. He’s found purpose in helping grow the hand-bike community in his town. And he’s here to share that with the world.

He said, “What I also do with great passion is supporting my friends in the hand-bike club. And that kindled a very warm friendship.”

This FKT attempt (and film) confirms that bikepacker Lael Wilcox is indeed an ultra-endurance powerhouse. Watch Wilcox set an FKT along the Alaska Pipeline. Read more…

Rainwater Harvesting System (Water Storage for the APO.CALYPSE)
Pizza Over the Fire and Bushcrafting – Alone in the Mountains
Van Life Las Vegas – Casino Stealth Camping and Return of the Crock-Pot
Hot Tent Camping in the Snow
Bushcraft & Fishing – Catch N’ Cook on the Camp Fire!