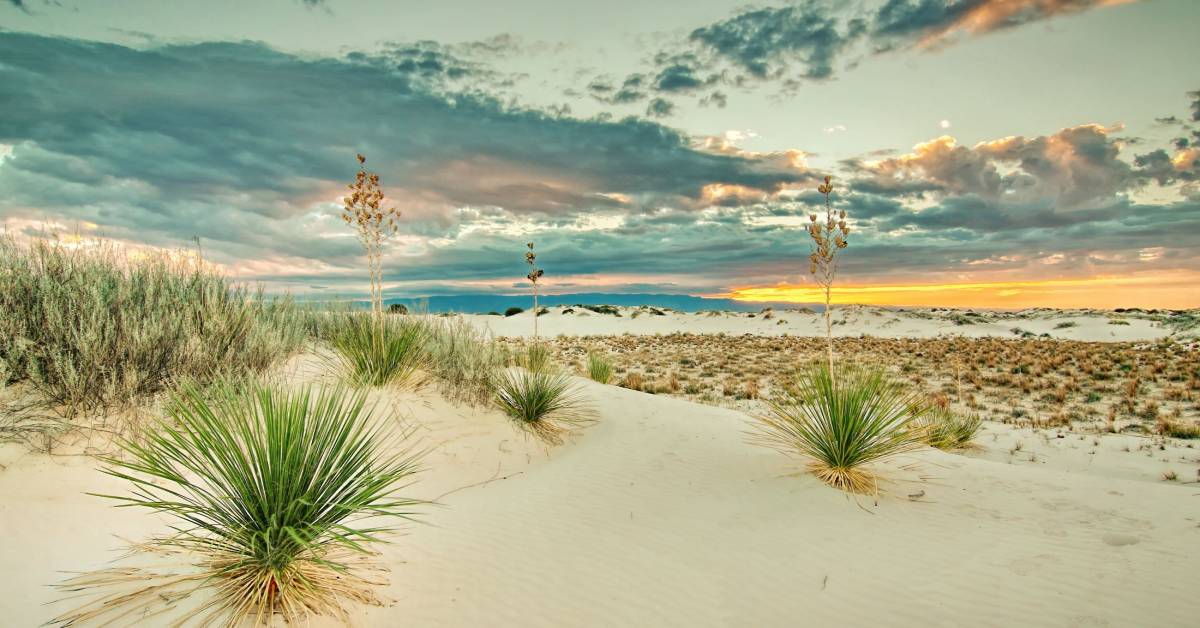 Researchers at White Sands National Park have uncovered evidence of a past not previously thought to exist. Their discovery reveals evidence of human occupation in the Tularosa Basin starting at least 23,000 years ago. Previous knowledge suggested that humans didn’t come along until thousands of years later.

“These incredible discoveries illustrate that White Sands National Park is not only a world-class destination for recreation but is also a wonderful scientific laboratory that has yielded groundbreaking fundamental research,” said Marie Sauter, National Park Service superintendent.

Multiple layers of gypsum soil had been concealing the fossilized footprints on an area described as “a large playa.” The U.S. Geological Survey examined seeds embedded inside the fossils.

Contrary to the previous consensus, the new findings confirm that the earliest known humans lived in North America before the last ice age closed migration routes from Asia.

These footprints were only found because of a sizable collaborative effort. Researchers at White Sands, the NPS, the USGS, Bournemouth University, University of Arizona, and Cornell University all worked on dating this discovery.

On the afternoon of Friday, Sep. 17, the Lemhi County Sheriff’s Office got a strange call. Read more…