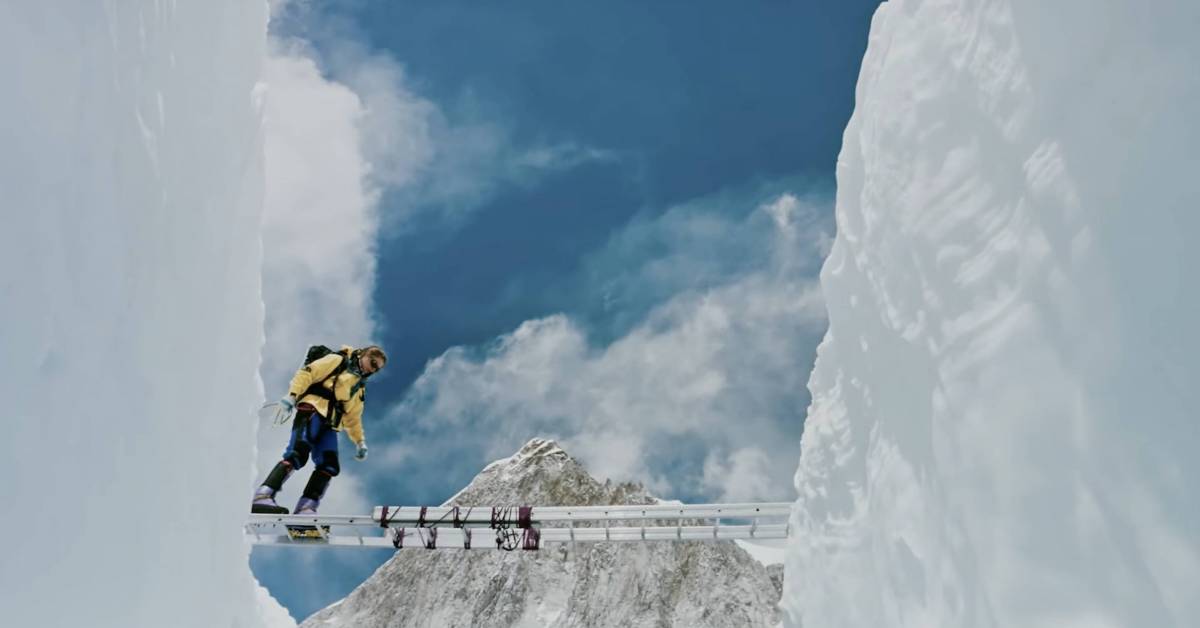 See the top of Everest like you’ve never seen it before — in 16K high definition — with the 25th-anniversary edition of this Everest film.

“There’s a place that is above all others, a place where dreams are chased above the clouds.”

The Everest documentary first premiered in theaters 23 years ago in 1998 on 70mm film. It was a historic filmmaking expedition that captured the first IMAX-quality images from the top of Mount Everest. The crew even had special “lightweight” IMAX cameras built to withstand the cold.

The critically acclaimed film features, among others, Ed Vestiurs and Beck Weathers, climbers whose names are the stuff of mountaineering lore. The film also features Jamling Tenzing Norgay, son of famed Sherpa Tenzing Norgay, who, along with Edmund Hillary, was the first to reach Everest’s summit.

With a total box office gross of over $87 million, it’s the highest-grossing giant-screen documentary of all time.

Soon, MacGillivray will re-release the Everest film, digitally remastered in an epic 16K resolution. Watch for it in February 2022.