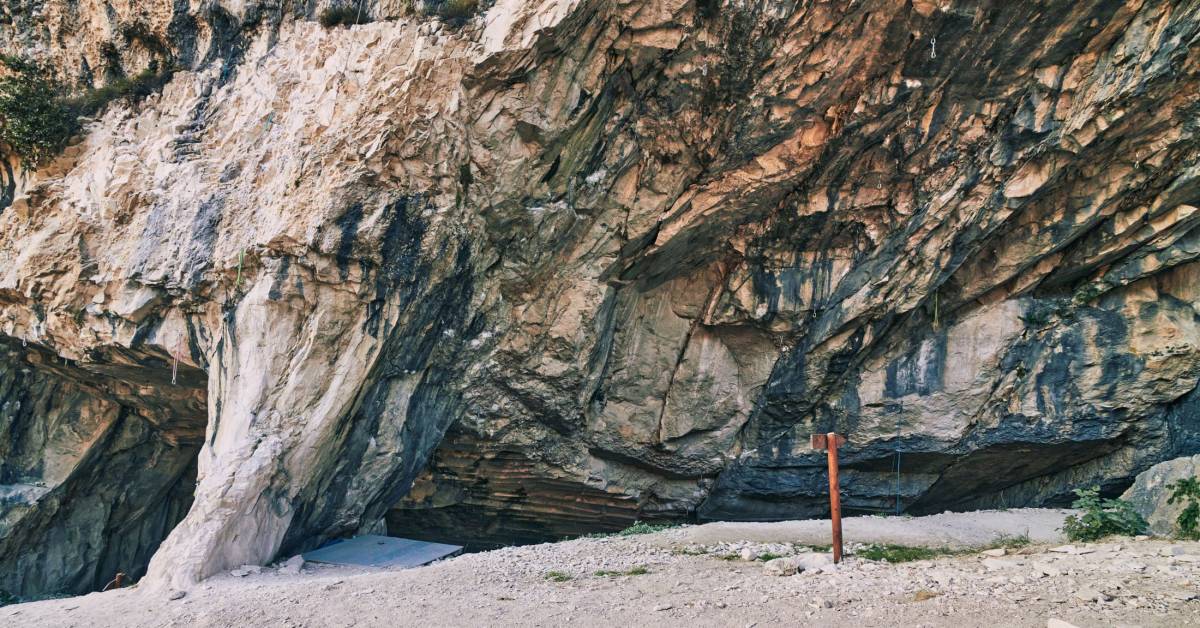 On Oct. 2, 20-year-old Laura Rogora set a new benchmark for the hardest rock climb done by a female climber. Three women, including Rogora, had previously climbed 5.15b. After ‘Erebor,’ 5.15b/c is the new benchmark.

Editor’s note: Due to apparent network issues on Instagram, specific key posts by Rogora and others are missing.

Laura Rogora has claimed the mantle of the hardest route climbed by a woman. Stefano Ghisalfi’s “Erebor” (seemingly named after the Lonely Mountain from “The Hobbit”) at the Eremo di San Paolo crag near Arco is considered Italy’s hardest route at 5.15b/c.

In one fell swoop, Rogora snagged both the hardest female ascent and the route’s first repeat. In an Easter egg for her fans, she proposed to upload uncut footage of the send on Oct. 5 via Instagram.

The Italian claimed definitive “world’s hardest” status for women by breaking her own previous personal best, which she shared with two other climbers. Angela Eiter broke the 5.15b ceiling for women with her 2017 ascent of “Planta de Shiva” in Andalucia, Spain.

Then in 2020, Rogora and Julie Chanourdie joined the club — Rogora with “Ali Hulk Extension Sit Start” in Rodellar, and Chanourdie with “Eagle 4” in Saint Léger du Ventoux, France.

But Laura Rogora put herself alone at the top with her repeat of Erebor. First ascensionist Ghisalfi took to Instagram to comment on the significance of Rogora’s send.

“I am probably the only one in the world who fully understands what this means,” Ghisalfi said.

The Turin native is an authority on the topic of grading challenging routes — earlier this year, he downgraded Alex Megos’s “Bibliographie,” then the world’s second 5.15d. According to the 5.15 aficionado, Erebor is very much the real deal.

“In my opinion, I never climbed in Italy something as hard as this route,” Ghisalfi said on Instagram. “But I still think it doesn’t reach the full 9b+ comparing it to Change or Perfecto Mundo. Therefore, my grade suggestion is 9b/+. That makes it the hardest route in Italy and my proudest first ascent, and I’m looking forward to someone coming and repeating it soon!”

Rogora obliged but has yet to offer her own opinion on the route’s difficulty. Despite her youth and young career, Rogora has established herself. At 14, she became the second-youngest person to climb 5.14d. She’s an accomplished first ascensionist, having established routes up to 5.14d and a successful IFSC competition climber.

Keep an eye on Rogora’s Instagram — as soon as the platform recovers. In a story posted today, she said she would post the uncut Erebor video pending the results of a poll. At last check, the yes-no vote stood at 98-2.