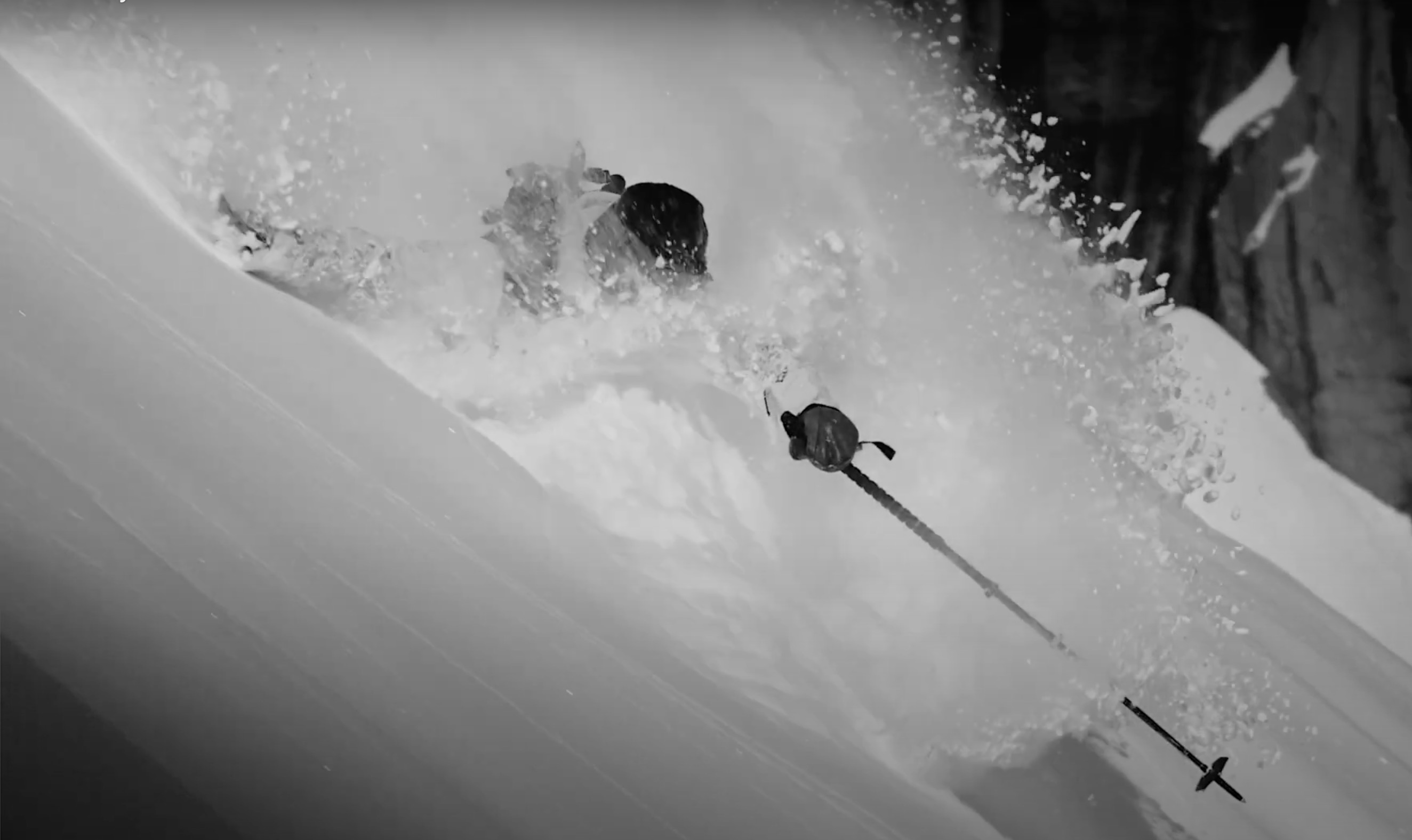 We’ve all got inner monologues when we’re out on the slopes skiing and snowboarding. Often that voice talks about your day, your life, your to-do list. Sometimes it gets lost in the moment, only whispering directions or reacting to the moment. Sometimes it’s screaming, “This is freaking awesome!”

The inner monologue of Sam Favret runs a little deeper, though. And in the short ski film “WOLF” (by Sam Favret), we get a taste of his dark and moody frame of mind.

“Everything seems normal,” Favret grumbled over black-and-white footage of him absolutely tearing it up in shoulder-deep powder. “Why then, do I feel like I’ve lost the signal?”

WOLF carries on like that, with Favret’s voice brooding over his ineffable mindset as we watch him blowing through powder fields and ripping down huge mountain faces. The ski film has a distinctly noire feel to it, as if Sin City and Warren Miller collided on the slopes, fusing together and creating something new — a feeling — a monster — a WOLF.

It’s so serious, at times, the monologue feels a little bit like parody.

“I brave far greater things than myself,” he says, at one point. “Streams, memories, the park.”

Indeed, Favret is braving a lot in WOLF — all on his trusty Black Crows skis (on prominent display throughout the film). It’s a wild ride. And a great way to burn 4 minutes, if you’ve got the time. As far as ski shorts go, they don’t get much better than this.

Experience the Sound of Skiing in the French Alps